Sam works the graveyard shift on weekends.
As a result, his sleep patterns are pretty messed up.
Sometimes it is frustrating, to have him still sleeping in the afternoon.

At night, I usually go to bed, and leave him watching a movie.
"Come to bed" I say.
"I am not tired."

The day before Thanksgiving, he slept in longer than usual.
I had to make sure he was still alive...

"What time did you go to bed last night?"
"After three."
"What were you doing?"
"You don't want to know."
Since he knew my imagination could conjure up something probably worse than what he was actually doing, he quickly explained that we had a MOUSE! in the house, and he stayed up to make sure it caught its demise.

I am deathly terrified of mice. That puts it mildly.

I am not actually sure there are words in the English language to describe my terror of mice.

"They are more afraid of you than you are of them."
That is a lie.

We had an unwanted visitor last year, and I almost put the house on the market.

He found our vulgar little house guest IN THE PLAYROOM!
WHERE MY BABIES PLAY!

He set a trap, and then blocked the door off by shoving a blanket under the bottom.
He watched the disgusting rodent go up to the peanut butter laden trap, run OVER it, and to the other side of the room.
Good quality trap, right there.
Then the offensive fur ball ran towards the door, was confused at it being closed off, and headed for the other side of the room.
In the process, the germ-infested creep ran over the top of Sam's slipper-clad foot.

(Sam is narrating this story, half asleep)

He said this is where he was only slightly embarrassed to admit that he squealed like a teenage girl, and did a rapid two-step that would have made his old clogging teacher proud.

As he skipped around the playroom, shaking himself, he realized he lost sight of the enemy.

Then he looked down.
Under his slipper.
And there it was.
Paws up.
Dead.

I am not sure it was being stepped on as much as being a witness to 190 pounds of man flitting about in slippers and underwear that did him in.

Whatever the reason, I am grateful it is gone.
And thankful that my husband loves me enough to leave me out of it.
Also thankful that my kids are old enough to clean out that playroom today without their skittish pansy of a mother.
Posted by Unknown at 11:34 AM 12 comments:

Just wondering, here.
Does anyone in your house use those bathroom fart fans?

I am really tired of being caught off guard; walking into a closed bathroom and right into a lingering cloud of post-turd aroma.
Posted by Unknown at 10:03 AM 9 comments:

I think "Christmas Shoes" has got to be the sappiest, worst Christmas song ever.
Oh my gosh.
Even my kids moan in agony when it comes on the radio.
And every year, it is back.
Like head lice.

I have been listening to Christmas music on and off for a couple months now, from my own CD collection, but I recently found a local station who is playing it 24/7.

This gives me some good variety, but also subjects me to Christmas Shoes.
If you don't know what I am talking about: A: You are lucky. And B: Click on "Christmas Shoes" and it will link you to it. Don't come crying to me with your bleeding ear drums.

Also "Simply having a WONDERFUL Christmas Time."
I don't like that one either.
It affects me much like nails on a chalkboard.
What was Paul McCartney thinking?
What an insult to the Beatles.

Anyway, new this year...is CHRISTMAS SHOES: The Movie.
I am not kidding.
And it features Rob! Lowe! So it has GOT to be good. Right? 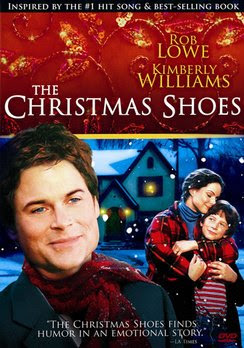 Really, can they milk the whole mom-dying-during-Christmas thing more?

So needless to say, I am up three pounds.

I am not happy.

I want to be able to eat everything, and in large amounts. Like my kids.
I am not sure what happens as you get older.

I am back on points this week.
And next week.
And however long it takes to dump my extra few pounds.

I am realizing that this will never end.
Unless I get a TAPEWORM!
Hey? Anyone ever tried one of those?
Sigh.
Posted by Unknown at 9:46 AM 7 comments:

Made this last night.

It was good.
Real. Good.

DIRECTIONS
Grease a 9 x 13 inch pan.
In a medium saucepan over medium heat, combine sugar, cream and butter. Heat to soft ball stage. Remove from heat and stir in marshmallow creme and white chocolate chips; mix well until the chips melt. Reserve 1 cup of mixture and set aside.
To the remaining mixture add orange flavoring, yellow and red food coloring. Stir well and pour into prepared pan. Pour reserved cream mixture on top. Using a knife, swirl layers for decorative effect.
Chill for 2 hours, or until firm, and cut into squares.

I ate two pieces.
It is very rich.
Do not ask me what I constitute as a "piece."
I had guilt, and thought about getting on the treadmill.
So I sat on the couch, and watched "Get Smart" with the kids until the guilty feeling passed.
Posted by Unknown at 4:56 PM 3 comments:

I am still in awe. 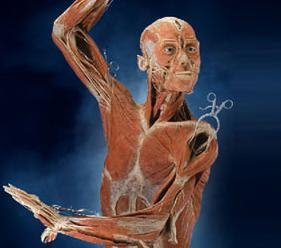 Sam and I went and saw Body World 3 last night.

I have to say, this was the most awesome thing I have experienced in a very, very long time.

I am a really visual person, so lots of questions I had about human bodies was answered for me.

Sam wondered if somehow I had skipped health, or anatomy, or wherever it was I was supposed to learn this stuff.

I was completely fascinated.

For instance:
I was surprised at the location, and how small an appendix is.
I was equally as surprised at how large a liver is.
I saw where my gall bladder used to live.
And how tightly all the organs fit inside a body cavity.
I always imaged lungs looking like a mass of packing bubbles.
Nope. More like a really fine sponge.
You can't really see the alveoli.

The bodies were definitely either male or female, if you know what I mean...I would not take my kids.
If you catch my meaning there...
For those of you wondering about that.

If you get a chance to go--do it.
Wear comfortable shoes.
They don't let you bring in a purse, backpack, camera or anything, so leave that stuff in the car.
Plan on spending some time.

All in all we spent about 2 1/2 hours there, looking at organs, blood vessels, and full bodies.

Then we went to eat.

All those dried out muscles made me crave beef jerky.
Posted by Unknown at 9:06 AM 4 comments:

Tell me you wouldn't have bought this....

This set me back fifty cents at the thrift store.
I am irrationally scared of clowns and a couple of other things that I am ashamed to mention on my blog.
I bought it anyway.
It spoke to me.
Like a horrible, horrible nightmare.
I was sort-of, a little bit, afraid to not buy it.
What exactly is it, you ask? 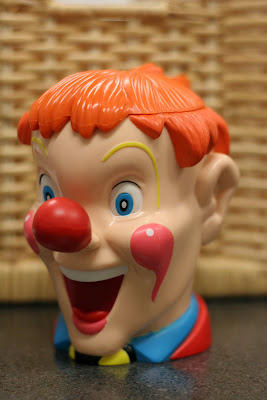 Well, the scalp comes up... 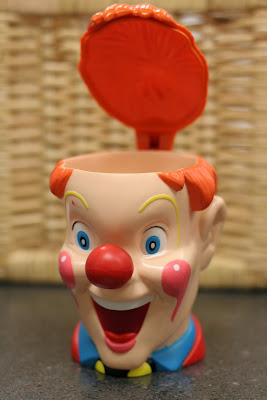 It is a fabulous MUG! 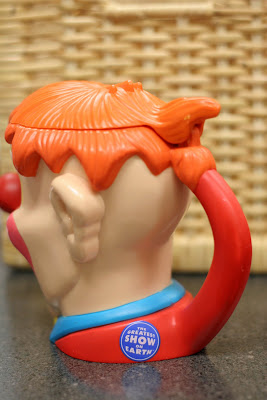 And you can drink your favorite beverage out of the clown's head! YAY!
My current favorite is this: 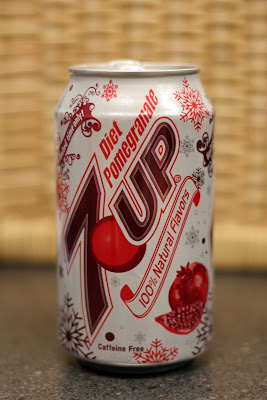 Although a goal of mine, is to dump soda all together.
I am taking that one slow, I just broke up with caffeine, and I have been having a rough go.
One step at a time.
Happy clown will help me.
Or drag me under my bed at night and kill me.
Posted by Unknown at 8:18 PM 9 comments:

There is this new kid that moved into the neighborhood.
He is in ninth grade.

He came over to our house Thursday, after he and Jayden got off the bus together.
They played some Foosball in the basement.
I was in the kitchen on the computer...I hollered down and asked Jayden how school went.
New Friend came upstairs with Jayden to introduce himself.
That is when he said IT...

"Are you the sister or the Mom?"

Our phone lines have been dead for four days.
Qwest finally figured it out.
They traced our lines back to a box that is located close to our elementary school.
The last technician to work there left the box unlocked and some kid went to town on all the wires in the box with a pair of scissors.
HA!
Anyway, I am baaaaaack!
Here is a quick costume gallery from Halloween.
First up, me and Ponica.
She made me dress up. I wasn't planning on it. She told me "everyone would be dressed up at the neighborhood trunk or treat."
You can plainly see she runs my life now. 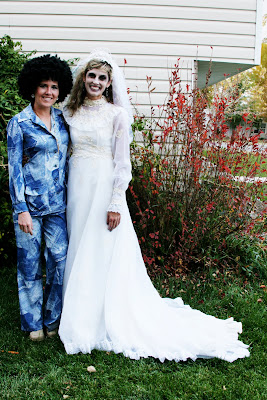 Shianne as a...well, we never did give it a title. Punk-rock? Goth? Just an excuse to wear a lot of make-up, tease her hair, and if you scrolled down, she was wearing fish-nets.
Remember her back pack?
I thought you did. 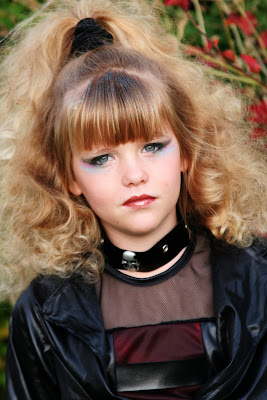 Next up, Mikayla.
Your basic Witch.
Purchased the night before Halloween, on clearance for $10.00 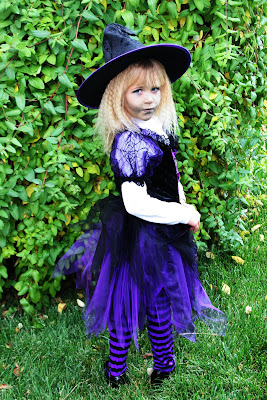 Jayden did not dress up for school, and right before trunk or treat, he decided to throw something on.
Dad's stinky Hockey stuff. 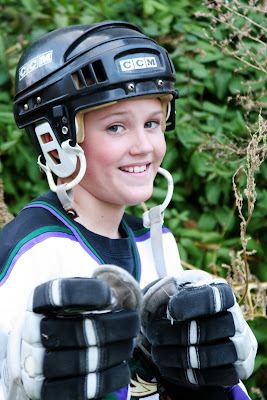 Sigh.
Why does this kid always look like a nerd?
His dental face gear will be coming on Monday.
Killing self-esteem, it's our specialty here... 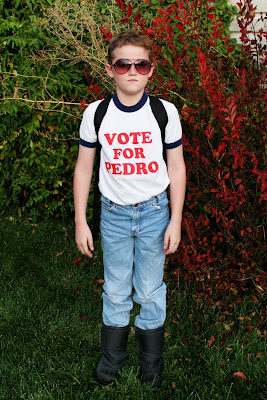 Brendan is always something scary, and black.
And the same make-up.
White skin, sunken cheeks.
He complains the whole time, and then loves it. 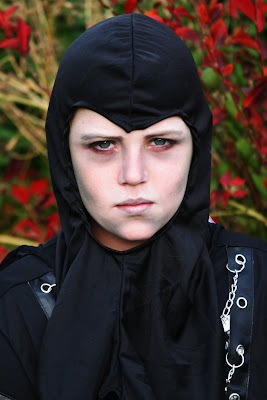 There you have it.

And in other news...
My Mom and Dad went on this cruise.
My Dad works for the airline too.
They flew stand-by.
They are currently stuck in Istanbul. 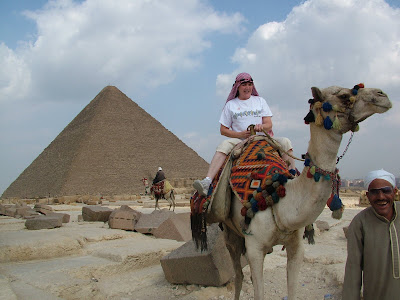 I am counting my blessings.
Posted by Unknown at 1:01 PM 1 comment:

Although I didn't really like either presidential candidate.
I will just be happy to have the elections over.
I am tired of it all.

I have, however, enjoyed picking up on some of the campaign lingo.

"I am Shaunte Wadley, and I approve of this dinner."
Has a way better ring to it than "Hey, guys! Come eat!"

"I am Shaunte Wadley, and I approve of this laundry."
Nice!

I went into Target today, and bought a bunch of Halloween candy on clearance. I know that this was a bad thing for the diet plan. But I got fun sized Snickers bags for $1.14!
Tell me you would have passed that up!
More wrappers! YAY!

I really don't have much else to report here.
Sam is out of town, but gets home tonight.
Since he has been gone, for a whopping two days:
The dishwasher plugged up. We have had to wash by hand.
Oh, the agony!
The dryer is not drying.
And...
My phones don't work.
No dial tone.
Hence, our internet has been unavailable.
I have been stealing internet from a neighbor.
I thought about baking them cookies.
But I am afraid the oven will die too.
Maybe I will take them some of these candy bars!

"I am Shaunte Wadley, I approve of this blog post."
Posted by Unknown at 4:33 PM 2 comments:

When the kids go to school tomorrow, I am throwing out all the Halloween candy.
I can NOT take picking up one more candy wrapper!!!
Posted by Unknown at 7:39 PM 10 comments: